Healthcare Wearables: What IT Experts Need To Know

For ages, one insurmountable hurdle stood in the way of health care reaching its full potential. That hurdle? The simple truth that a patient’s well-being was out of the hands of the care team the moment the patient left their sight.

That’s changed with the advent of wearable devices that give physicians, care managers and other members of the care team an assortment of tools to monitor patients’ health. This begs the question: Why aren’t more health systems relying on these apps and devices?

The challenges are numerous, and they’re not going to be solved overnight. Yet, leaders in the health care IT sector are tackling them in a variety of ways.

From an IT and legal standpoint, one of the biggest challenges facing smart watches, phones and other devices that make up the internet of things is security.

Health systems dread a breach of patients’ protected health information (PHI) and the penalties it could entail. This fear has caused clinics and hospitals to drag their feet on adapting to electronic health records (EHR), and it has caused health systems everywhere to invest millions upon millions of dollars to mitigate cybersecurity threats, with good reason.

Health systems have spent a lot of money ensuring that they control the flow of information at their facilities. They like having that sense of security. Even our current move toward interoperability has been slow to take off due to the nightmare of getting disparate EHR systems to securely swap information between sometimes incompatible infrastructure.

Now, throw apps and patients’ smart devices into the equation. These create additional layers of potential security weaknesses that must be addressed.

First, you have the security of the device. In most (but certainly not all) instances, these devices are created by heavy hitters like Apple and Google, which means you likely have a degree of confidence in the security parameters they’ve established. But then you have the app itself that collects patient data. How secure is that app? Does the app come from a reputable company? What assurances have they given about not just PHI security, but privacy? Can they access patient data? Can they sell that data, even in an anonymized state, to third parties? Can you guarantee that only permissible data is being collected?

This is a legal minefield for health systems. Even as the technology progresses, we still lack the legislative framework to adequately protect patients and their data. Just look at what recently happened with Facebook. They got in trouble not necessarily for a breach of security, but for willfully allowing third parties to access their users’ data.

With HIPAA (Health Insurance Portability and Accountability Act) standing as a bulwark against the inappropriate use of patient data, health systems have every reason to slow-play the widespread adoption of wearable devices.

Another challenge lies in the means of collecting data. While most devices are capable of acquiring baseline information (pulse rate, steps, active minutes, sleep, etc.), the vast majority of apps and devices require additional input from the user. And this adds another element that may prevent accurate and appropriate usage.

Passive apps are the holy grail of wearable devices, but those are few and far between. If a physician is trying to track their patient’s blood sugar, they’re still relying on that patient or a family member to take daily readings and submit them to the app. That’s easier than having a home health professional acquire that information, but it still leaves the door open for misreadings or forgetfulness.

More health systems have instead established wearable devices as a conduit to the care team, a way of communicating that doesn’t require extensive intervention. With the right setup, it’s possible for a physician or a case manager to schedule notifications on when to take a medication, leave for a scheduled appointment or submit vital readings. The patient can then use these devices to send secure, encrypted messages to their care team.

The two-way flow of information holds more promise right now than does the manual input of data. But as apps become more complex, passive tools will no doubt grow more common and useful, leading health systems to look at wearables more closely than ever before.

Finally, one very human issue standing in the way of widespread wearable-based health care is simply buy-in. Anyone who’s spent time in the health care sector has no doubt come across physicians, administrators or others on the care team who prefer to rely on the tried-and-true rather than the brand new -- even if a reliance on pen and paper, fax machines and other outdated forms of communication are leaving their institutions in the Dark Ages.

Still, the needs of these people must be taken into account when developing programs that would ensure wearables flourish. It’s up to IT leaders to design simple, intuitive user interfaces and address the concerns of care team members hesitant to adapt to a brand new normal.

Patients are the other stakeholder in desperate need of convincing. You have patients whose experience with health care for decades has trained them to expect things a certain way. Showcasing the ease of use of wearable devices and their respective apps is essential, as are assurances of privacy, safety and any other concerns the patient may have. Care teams should also place special emphasis on assuring the patient that they won’t lose the personal touch they expect from their interactions with their physician or specialist.

It’s a brave new world, and we’re all getting used to what that means. The prospective proliferation of wearables still has to contend with the one-two punch of technological limitations and human error, but we in health IT are in a good place to pursue these avenues to a logical, and patient-benefiting, conclusion. 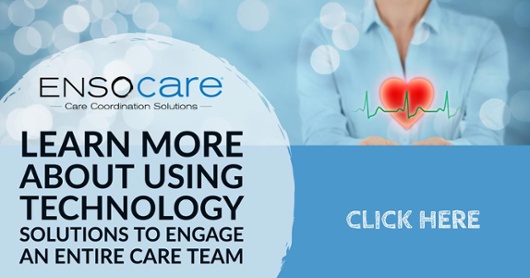