Healthcare Reform: Journey into the Unknown

The healthcare industry is entering the next era of reform, which will center on hospital and health system leaders transforming the delivery system to meet two profound and lasting market evolutions: population health and consumerism.

This is a critical moment for hospitals and health systems, who must identify and prioritize a series of no-regrets investments that support success toward both population heath and consumerism. Healthcare leaders now find themselves crafting a compelling risk-based contracting strategy for Medicare while designing a blueprint to attract and retain consumers in an increasingly crowded and competitive marketplace.

Let’s not forget, too, that these seismic shifts across the industry are occurring even as health systems confront newfound uncertainty. With the Republicans’ attempt to repeal the Affordable Care Act flaming out in spectacular fashion and Democrats forming ranks behind the idea of a single payer healthcare system, it’s anyone’s guess as to what happens next.

In this seemingly impossible environment, preparing to navigate the realities of tomorrow’s landscape must be the top strategic aim for any healthcare executive.

The Impact of MACRA

The impact on the number of physicians accepting Medicare patients is at the forefront of all clinicians’ minds whenever we talk about MACRA.

Over the summer, CMS passed a rule that created additional exemptions for smaller practices. The new threshold is $90,000 in Medicare revenue or 200 or fewer Medicare patients. But even with those additional exclusions, there are still many practices whose ability to comply with MACRA remains in doubt.

As a result, I don’t think I would be off-base in suggesting that MACRA might lead a lot of those medium-practice physicians to finally seek shelter in numbers. Either they’ll form into larger groups or they’ll come knocking on the doors of hospitals, looking for employment. I don’t think this was the intent when Congress passed MACRA, but hospital and health system leaders need to prepare for a potential land grab for physicians.

The challenge for hospitals, of course, is that they have to become more affordable. In some cases, that means bringing lower-priced alternatives to the market.

But I’d also argue that successful systems will have to get serious about their fixed cost structures, as there’s simply no way hospitals can have pricing flexibility to compete for consumers if they allow legacy costs to continue.

Not only that, providers must prepare for downward pricing pressure. If there’s anything the public and private sectors have in common, it’s that they want to put hospitals on a budget.

Yes, these are difficult conversations. But this is where we’ve seen leading systems looking at how to reallocate duplicative services, right-sizing excess capacity and ensuring that the fixed assets they do have match the needs and demands of their individual markets.

I won’t sugarcoat this: some of the approaches out there are not for the faint of heart. But there is no way hospitals can trim out 8 to 20 percent from their existing cost structure without asking some hard questions and being open to a new way of delivering care.

Coverage Costs Under the ACA

Recently, President Trump signed an executive order stating that he will no longer pay subsidies to health insurance companies for providing coverage to millions of Americans. And it’s unclear if the bipartisan, temporary solution from Senators Alexander and Murray being floated in the Senate will gain enough traction to be brought to the floor, let alone be passed by Congress and signed by the President.

With this level of uncertainty, I would expect continued instability in what has turned out to be a very rocky insurance marketplace that the payers haven’t quite figured out yet.  Most of the carriers on the exchanges are losing money, and many of the large national carriers are pulling back from their most unprofitable markets.

In retrospect, many carriers drastically underestimated the expenses for a largely unknown population, or they were trying to buy market share with aggressively low premiums. It’s probably a combination of both, but it’s still a bit shocking how little the insurer community understood about this market segment.

The consequence: dramatic rate increases for 2018 coverage, even as the fate of subsidies remains unknown.

Your guess is as good as mine. There are so many what if’s in play right now that it would be foolhardy to suggest definitively what will happen with healthcare reform in the coming years.

This is a complicated process that brooks no easy solutions. The best thing hospitals can do is prepare for every possible eventuality by reining in costs and being ready to undergo massive reconfiguration for what’s sure to be a roller coaster ride in 2018. 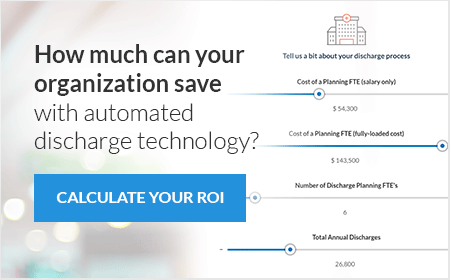 Thalken brings more than 30 years of experience in health-care leadership to our company. Prior to joining the company, she served as Enterprise Vice President for Care Logistics in Atlanta, Ga. She has held executive leadership positions at hospitals in Nebraska and Iowa, including the position of System Quality Executive for Alegent Health. Thalken has presented on the topics of improving quality, patient flow and throughput at various industry conferences and webinars. Thalken holds an MBA from the University of Nebraska at Omaha. She is a member of the American College of Healthcare Executives, American Organization of Nurse Executives and American Case Management Association.