A little over a year ago, I took to this platform to discuss the basics of HL7’s fast healthcare interoperability resources, or FHIR. I extolled the virtues of these standards and how they were transforming healthcare’s reliance on disparate systems, creating a set of APIs that varying healthcare providers could use to streamline their EHRs and the healthcare experience as a whole.

Now, one year later, some things have remained the same, while others have changed. I often joke that, in healthcare, the moment you get comfortable in your chair is the moment someone yanks it out from underneath you. The changes made to the FHIR standards may not be quite that extreme, but they still signal that healthcare IT professionals have plenty of work to do to remain at the cutting edge.

At the beginning of 2019, HL7 released its highly anticipated FHIR 4 framework. Building upon what’s already been achieved, FHIR 4 enables pieces of important healthcare data to be transmitted in parts, with the added benefit of increased stabilization. But, as even the CEO of HL7 pointed out, the most exciting news for healthcare providers was the addition of future backward compatibility.

That’s a bold step in the right direction for security and efficiency. Right now, healthcare IT systems tend to be a patchwork of disparate applications and tools. One of the biggest challenges faced by IT experts is building a system that works in the moment — but then also has enough flexibility to be reconfigured as technology evolves.

With the newest iteration of FHIR, those worries can fall to the wayside. HL7 is saying that what you build now is something that can be iterated upon in the future; it won’t cease to provide the framework you need simply because a new set of APIs has come out that makes your previous system obsolete.

By creating these “building blocks” for future versions of FHIR, providers at different levels in their evolution to true interoperability can work together, understanding that the secure communications they need to transmit patient data between one another will be compatible regardless of the particular version each is beholden to.

That’s a big step, and the good news is, the future looks even brighter.

Not content to simply rest on their laurels, HL7 has also given a preview of what the next iteration of FHIR, FHIR 5, has in store. They did so with the publication of the road map they formulated, which can be found here.

It’s clear HL7 remains committed to the further migration toward a “normative” environment (i.e., the set of standards that can be shared and built upon to achieve the backward compatibility mentioned above). This continued dedication is also reflected in the development of support systems for those applications that may utilize aspects of multiple FHIR releases in the achievement of their particular aims. HL7’s road map also provides far more than a token rejoinder toward collaboration, emphasizing their recommitment to working with partners from a vast array of industries and across a number of FHIR offshoot programs to create a set of standards that are easily usable for everyone.

We probably shouldn’t expect this next iteration for the better part of two years, but it’s good to know that it’s coming.

I would argue that this is the rosiest future picture we’ve seen yet from the provider side of IT development. Over my years of working in health IT, I’ve spoken with providers and third-party vendors who previously expressed frustration that the applications they’ve created or installed at their facilities didn’t play nice with other systems, with interoperability not functioning the way it’s supposed to simply because two different versions of FHIR were in play on opposite ends of that particular communique.

Now, though, those same providers are enthusiastic about the future and what it means for their products. They feel like they’ve been working with one hand tied behind their backs, and now they’re at full capacity to build the applications they’ve always wanted to, without having to stress about the backward compatibility that always remained elusive.

HL7 has positioned the healthcare field well, and developers are responding in kind. The use of APIs that adhere to the latest FHIR standard will have a transformative impact on interoperability, data security and the continued consumerization of healthcare. I foresee not just hospitals, health systems and clinics benefitting from these standards, but for consumers to see incredible benefits as well through the increased availability of apps on their smartphones and wearable devices.

It’s time to get FHIRed up about the future of health IT. 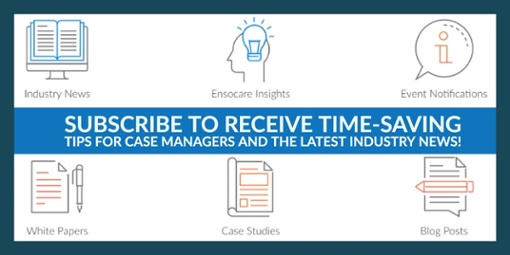